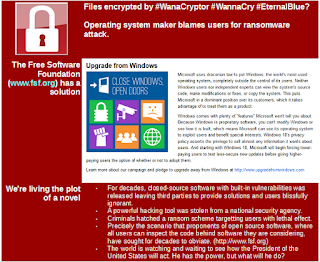 A powerful hacking tool was stolen from a national security agency.

Precisely the scenario that proponents of open source sofware, where all users can inspect the code behind software they are considering, have sought for decades to obviate.

The world is watching and waiting to see how the President of the United States will act. He has the power, but what will he do?