If you love folk music, you'll love this! 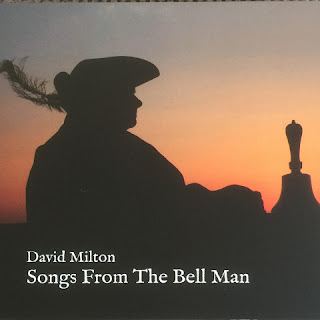 Dave Milton's debut album, Songs From The Bell Man, is one of those that gets an immediate 5-star rating in my pre-show playlist. Produced by Ange Hardy, herself often played on Folk At Five, the ten songs convey warmth, history and heritage with their accomplished vocalisation and arrangement. The "Bell Man" phrase comes from Davids other job as Watchet's Town Crier. (Years ago I had a brief go as a Town Crier myself, so it strikes a chord). Catch up on all tracks played at www.trevox.uk.
at September 09, 2018