There's such a lot of fakery about. With fake reviews adding to the dangers of fake products, it's very hard to avoid it. Facebook is still at it, according to Which?, who say :

Surprise, surprise. Facebook continues to be plagued with fake review groups even after a warning from the Competition and Markets Authority (CMA).
These groups recruit people to write fake or incentivised reviews, with sellers offering free products in exchange. It’s deeply concerning that the company continues to leave customers exposed to poor-quality or unsafe products boosted by misleading reviews.
It has been over a month since the CMA told Facebook about the groups that it had found, but our researchers have joined 10 of these Facebook review groups and found more than 55,000 posts over that 30-day period.
Facebook has failed to stamp out the problem and now must take serious action to crack down on fake review groups thriving on its site.
We want to know: have you ever read an online customer review for a product that you thought was a fake review? 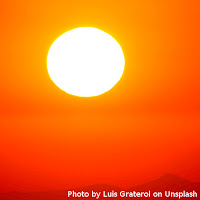