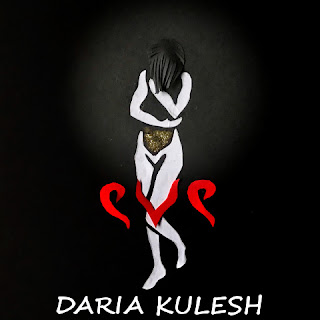 The forthcoming Orthodox Christmas Eve – January the 6th – will see the digital release of Daria Kulesh’s new EP entitled EVE. Celebrated in both Russia and Ukraine, Christmas Eve, also known as Sochelnik, is a pagan-rooted mystical night not unlike All Hallows’ Eve when magic spells – and curses – are believed to be at their most potent. It is the night of women, engaging in strange and dangerous rituals to reveal their future and perhaps even bend and shape their fate. The EP is the cry of a woman, a mother, echoing Eve herself – the mother of us all who remembers a world free from violence. EVE cries out…STOP THE WAR! {6884D}